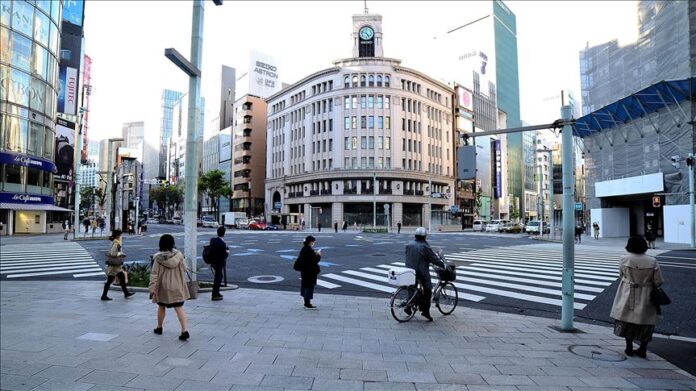 You could hear it from the other side of the village, the piercing cries of a deer. Around the creature lies an array of bronze bells and pots overflowing with nuts and berries and meat and fish. All eyes looked towards a figure dressed in flowing white. A bronze mirror hangs from her neck, her hands grip a ceremonial bronze spear. She chants a few words into the air, then plunges the spear into the animal’s neck. Silence.

As the deer’s life flows from its body, the shaman priestess thanks the beast for its sacrifice and allows a bronze cup to collect its crimson gift. I don’t really know why. It’s embarrassing. Oh honey, nice cat’s eye. Shamans were leaders of their clans, and the people’s link to the spiritual realm. People thought they had all kinds of powers, like healing and foretelling the future. They revealed the will of the kami and provided fortune and guidance through shamanic rituals.

The roots of kami worship and eventually the Shinto religion developed in the Jomon and Yayoi periods. Most likely, people practiced animism, which seems to be a belief system that indigenous people love, because most of the indigenous peoples we’ve found around the world practice some form of animism. It’s safe to presume that early humans had similar beliefs. The Jomon and Yayoi certainly did. Animism is the worship of the Animaniacs, a charming and lovable cartoon from the 1990s.

Animism is the belief that all things (objects, places, animals) are alive. Rocks, trees, rain, everything has a spirit and a will. It’s easy to see why they believed this. When you don’t know why…anything…happens… Why did that fire destroy my hut? Oh, the fire must’ve been mad at me. The real world and the spiritual world were one and the same. Does this sound familiar? It sounds like kami worship! Kami worship likely grew out of animism.

The Jomon and Yayoi peoples worshiped the spirits of mountains, fields, and rivers near their villages. They made up origin stories for special environmental features, like large trees. They performed rituals to help them with the important survival stuff, like hunting and farming. It’s hard to figure out how the Jomon worshiped, researchers have to guess at how artifacts were used. The Jomon culture relied on hunting, fishing, and gathering.

It’s likely they had fertility rituals to guarantee the fertility of their people, the animals they hunted, and the plants they gathered. This is… Kim Kardash– no sorry. This is a dogu. The Jomon made these super intricate clay figurines that may have represented female gods who oversaw the procreation of people and life on Earth. There are figurines that have exaggerated breasts and pregnant bellies. Some even have a child coming OUT OF THE WOMB! Another possible explanation is they were used in rituals wishing for good health.

We’ve found many of these figurines broken into pieces. The Jomon may have smashed them when the wishes were fulfilled, or not fulfilled. We’ve also found stone phallic rods that were probably used in fertility rites. Dogu and these rods were found directly in homes, so it seems the Jomon often engaged in fertility-related worship, which makes sense considering they relied on the fertility of the environment to survive. Interestingly, the Jomon actually did develop primitive cultivation of certain plants to supplement their diet.

They were mainly hunter-gatherers, but if the Yayoi had not arrived, the Jomon may have had an agricultural revolution of their own. Yayoi practices are clearer to us because we have Chinese texts, and a wealth of artifacts. The Yayoi worshiped all kinds of animals, but certain animals kept showing up again and again. Cranes and herons were sacred. They were thought to be rice spirits. The bird spirit brought the first rice seeds to humans in its beak, which was nice of it.

The Yayoi had a ritual where they planted  seeds in deer’s blood to help plants grow faster. At first, you’re thinking, what the–why?? It’s because the Yayoi worshipped some kind of deer spirit. Deer shed their antlers every year, and grow new ones. The Yayoi thought this mirrored the life cycle of plants, so deer represented the regenerating life force of the land. Since their societies depended on agriculture, this deer spirit must have been supremely important.

Images of deer appeared everywhere in their art. It’s funny that their love of an animal   resulted in the killing of said animal. Pikachu, I love you, you’re so cute! The Ainu did the same to the bears that they revered. Another Yayoi practice? A fortune telling technique called scapulimancy, where they would poke a hole in the scapula bone of a deer and burn it. The shaman then interprets the heat cracks and scratches of the bone to foretell the future. It’s like palm reading, except your palm is a scapula and they burn it. And then we have… bronze mirrors.

We know the Yayoi coveted these things, but what did they do with them? Many mirrors were family heirlooms, passed  down through generations. We’ve found mirrors buried with the dead. Shamans displayed them in rituals, and used them to reflect sunlight around because they thought it was neat. Archaeologists also found a special type of bronze mirror they call “magic mirrors.” These had patterns engraved on them so that the reflected light projected images. They also probably lined up mirrors together to form large images. Oh and I suppose they also used these mirrors to look at themselves and put on makeup.

Types of painting services provided in Tyler, Texas, and other details

If you're building a deck or want to install a display at work, you may be considering PVC boards. Its many advantages...
Read more
Business

Domo is a cutting-edge BI platform that guarantees to meet the analytics requirements of both large and small businesses. Domo pricing quotes...
Read more